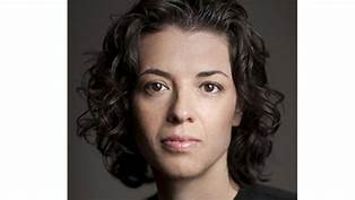 Teatro Paraguas is pleased to present 26 Miles, a play by Quiara Alegria Hides about an estranged Latina mother and her White Jewish teenage daughter who find themselves on a spontaneous road trip to discover one another — and see the buffalo in Yellowstone. “I need to see the buffalo in the snow,” Olivia (Amelie Piburn) tells her mother Beatriz (Cristina Vigil). “I need to feel the rhythm, the earth shaking.” What starts out as Beatriz’s desperate mission to rescue her sick daughter from the ineptitude or ineffectiveness of her father Aaron (Pater Chapman) —after eight years of no visitation rights— turns into an odyssey of intense and mutual exploration. Beatriz is also wishing to put a little distance between herself and her man Manuel (Santiago Candelaria), a highly successful and self-satisfied businessman. The road trip is both transformative and restorative for both mother and daughter. Valli Marie Rivera directs this tender, hilarious and spirited play by Quiara Alegria Hudes, who admits that the play is fairly autobiographical, reflecting her own Puerto Rican-Jewish background. Hudes won the Pulitzer Prize for Drama for her play Water by The Spoonful (2012). She was also a Pulitzer Prize finalist in 2009 for the book of In The Heights, Lin-Manuel Miranda’s 2007 musical which is now a seminal movie (Hudes wrote the screenplay as well). Rivera, who now lives in Puerto Rico, directed 26 Miles in 2014 as a Camino Real Productions/Teatro Paraguas co-production. Building on that experience, she envisions this production as “ a full circle of my journey, a metaphor for endurance and passion, as I return to play with whom I started theatre many years ago in Santa Fe. 26 Miles is a mystifying, hearty, and funny story full of upsides and shortcomings of family relations and self-realization. And this journey, like any good road trip, you are enlightened when it ends.” Her directing credits over the last 25 years in both Santa Fe and Albuquerque are extensive, including Four Guys Named Jose and Una Mujer Named Maria by Dolores Prida, as well as Bless Me, Ultima, Farolitos of Christmas, and Rosa Linda by Rudolfo Anaya (all co-productions of The Vortex and National Hispanic Cultural Center). Other plays include Federico Garcia Lorca’s Blood Wedding, Caridad Svich’s House of the Spirits, Nilo Cruz’s Lorca in a Green Dress, Denise Chavez’s Plaza, Sam Shepard’s Eyes for Consuela, Ramón Chalbaud’s Sacred and Obscene and Patricia Crespin’s The Medea Complex. Teatro Paraguas has produced 4 of Hudes’ plays, including Yemaya’s Belly, Daphne’s Dive, and two of the three plays in the Elliot Trilogy: Water by the Spoonful and Elliot: A Soldier’s Fugue. Performances of 26 Miles begin Friday October 15, with shows on Thursday, Friday and Saturday at 7:30 p.m. and Sunday matinees at 2:00 p.m. Tickets are $25 general admission, and $12 for students and limited income. Reservations may be made by calling 505-424-1601, or purchased online at through teatroparaguasnm.org This project is made possible in part by New Mexico Arts and the NM Department of Culture, and the Santa Fe Community Foundation.